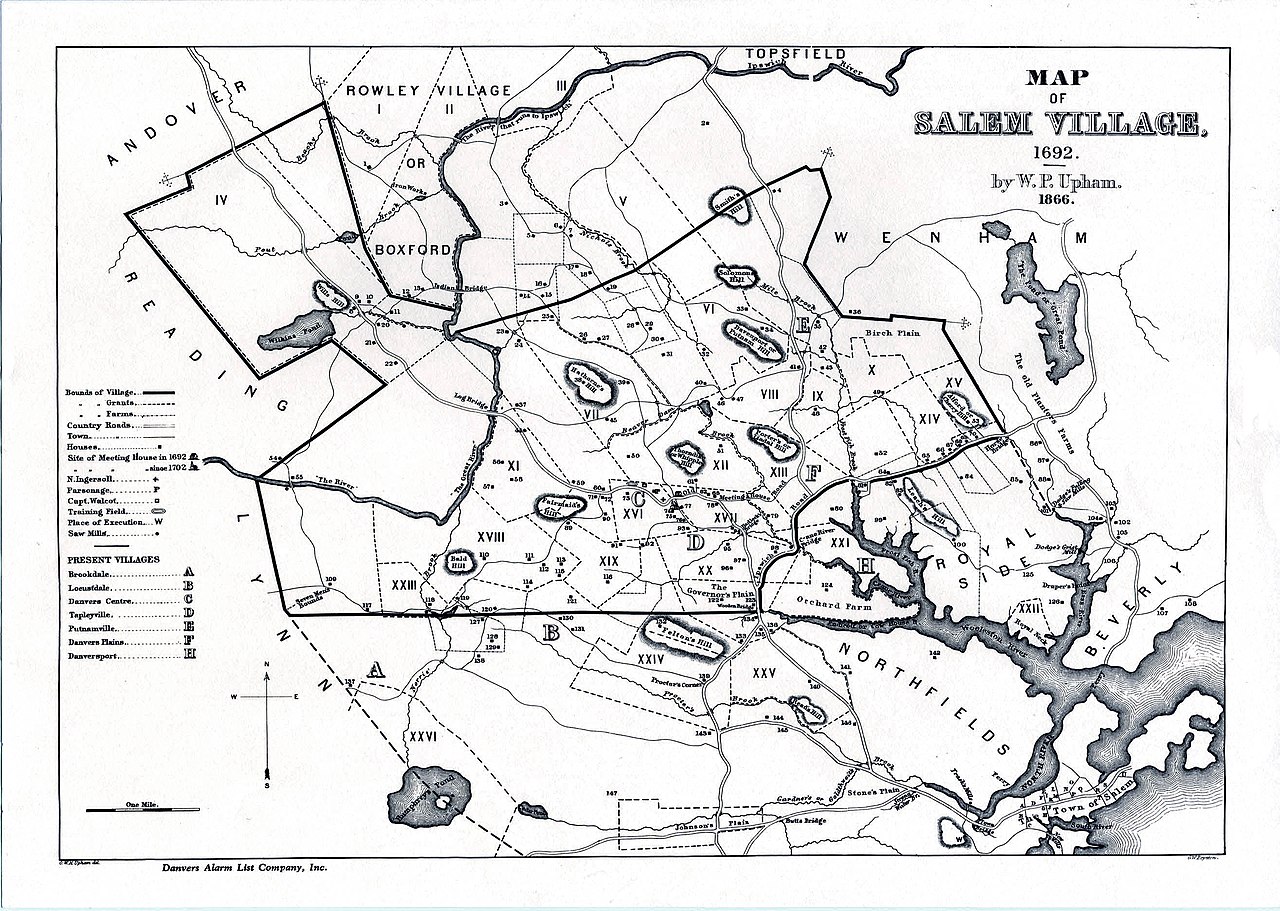 George Burroughs – former minister in Salem village. He left after not being paid for 3 months. His salary was taken to buy new muskets by Johnathon Walcott He has been ordered back by the court to answer questions about possibly being involved in witchcraft.

Ezekiel Cheever – bailiff of the court and the only person that will start the game with a weapon. He will attempt to keep order tonight.

Giles Corey – surly, cranky old man. He has been involved in numerous lawsuits with his neighbors. Around 15 years ago, he beat an indentured servant to death for stealing apples.

Martha Corey – wife of Giles Corey. She is generally considered a pious, christian woman. She regularly reads many strange books. Her books have been taken into evidence by the court under suspicion of witchcraft.

Joseph Curwen – very odd young man. He ran away from home to study around the world. Now, he runs a shipping business. Unsavory folk frequently bring him wagon loads of peculiar goods.

Governor’s Representative Danforth – one of the judges for the trial. He seems to want to provide mercy to the defendants. However, he still handed down the execution order for Bridget Bishop.

Sarah Good – (Reserved) a poor woman that has a significant debt left from her previous marriage. She wanders the streets begging for money. She is not liked. Tituba accused her of witchcraft.

Doctor William Griggs – the town physician. He examined the children and provided a deposition to the court that they are “under an evil hand” and that their symptoms are not from a natural cause.

Reverend John Hale – (Reserved) a learned minister from the nearby town of Beverly. He was requested by Reverend Samuel Parris for his expertise on witchcraft and the supernatural.

Judge John Hathorne – (Reserved) the other judge for the trial. He seems particularly eager to find and put out the scourge of witchcraft once and for all.

Mercy Lewis – one of the girls throwing out accusations of witchcraft. She lived with George Burroughs but now lives with the Proctors.

Francis Nurse – one of the most respected member of the community. He worked his way up from indentured servant and now owns a significant plot of land next to the Putnams.

Rebecca Nurse – wife of Francis Nurse. She is a very pious elderly woman who is well regarded in Salem village and beyond.

Betty Parris – daughter of Reverend Samuel Parris. She is one of the girls throwing out accusations of witchcraft.

Reverend Samuel Parris – the current minister in Salem village. He preaches of brimstone and hell fire every Sunday. He is a very controversial figure in the community with some supporting his work and others opposing it.

Elizabeth Proctor – (Reserved) wife of John Proctor. It is said that she has never told a lie. She has been ill for a while.

John Proctor – he is the leading voice against these witchcraft trials which is causing a split in the community.

Ann Putnam – wife of Thomas Putnam. She had 7 children that died soon after birth. She has been the most vocal supporter of the witchcraft trials.

Thomas Putnam – he owns the most land in Salem village. He has been in a lot of disputes with his neighbors.

Tituba – slave owned by Reverend Samuel Parris. She has confessed to witchcraft and been convicted. Her punishment has not yet been determined.

Johnathon Walcott – he is the head of the town militia.

Mary Warren – the oldest of the girls throwing out accusations of witchcraft. She lives with the Proctors.

Abigail Williams – (Reserved) she is the primary accuser of witchcraft. Where she leads, the other girls seem to follow. She lives with Reverend Samuel Parris and used to work for the Proctors.